The city of Chicago sparkles with some of the greatest architecture in the world! Come along on a 90-minute cruise on the Chicago River to see and learn about these masterpieces from an expert narrator from the Chicago Architecture Foundation. The tour has been rated the “top tour in Chicago and one of the top ten tours in the U.S.” according to Trip Advisor users. Learn about the history of the masters such as Louis Sullivan and Frank Lloyd Wright. Trace the evolution of Chicago architecture from the Wrigley Building to the Tribune Tower to the Merchandise Mart to the ultra-modern Trump and NBC Towers. Chicago’s First Lady Cruises’ boats hold up to 250 passengers and feature open-air decks, a full-service bar and climate-controlled lower cabins. A family-style Greek lunch awaits us at the renowned Greek Island’s Restaurant, where you sample mouth-watering Greek delicacies! If you are a member of the Itasca Senior Citizens Club, mention this at registration to receive $15 off. (ER) 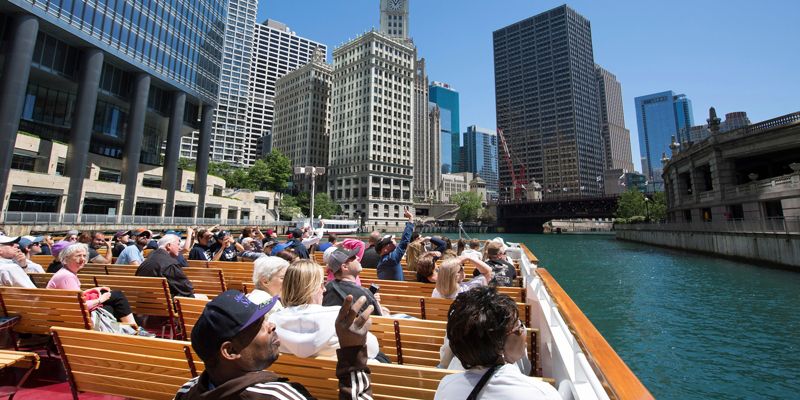 Fitness Center
Get fit at iFit!
Brochure
View programs & events.
Nature Center
Enjoy our natural resources.
Waterpark
Go for a dip in the pool.
Submit a Request
Have a question or request?
Register Now
Sign up today
[]